Many of the developers of Win7 themes are now porting them over to Windows 8. Below is the Snow Leopard theme.
Below are my results and a link below where you can get it. Added the Nexus dock launcher also. 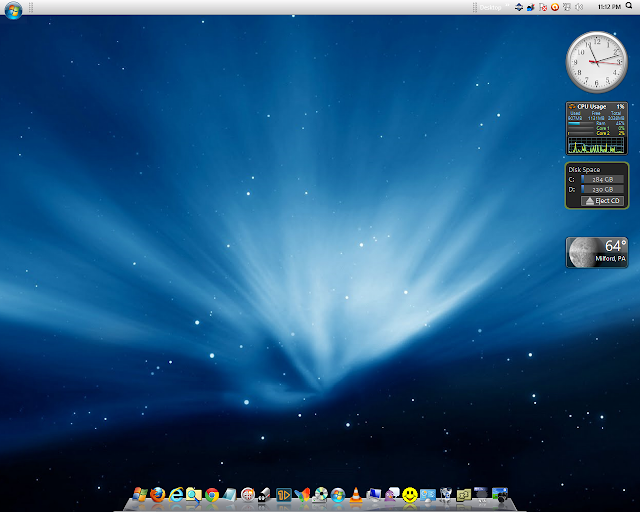 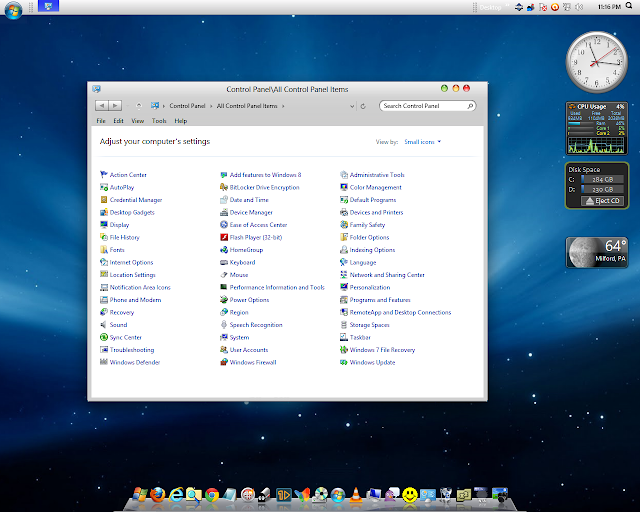 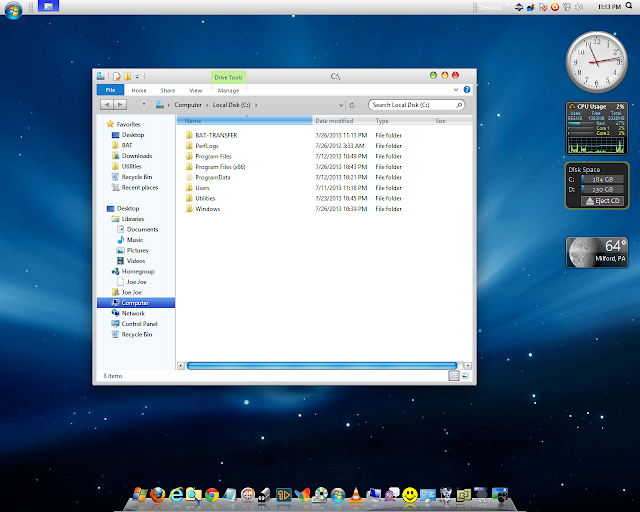 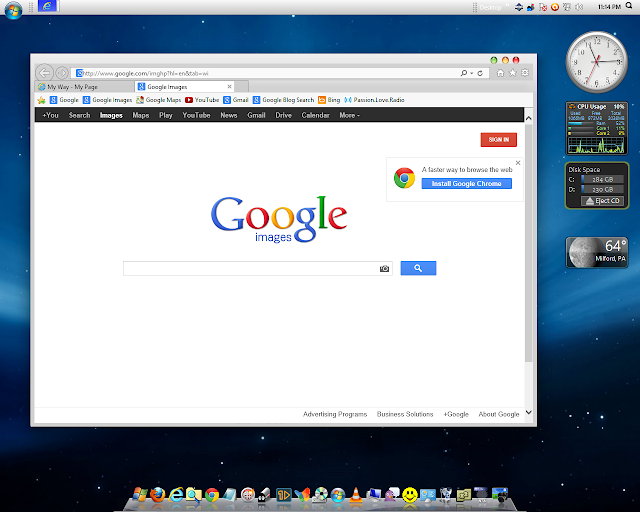 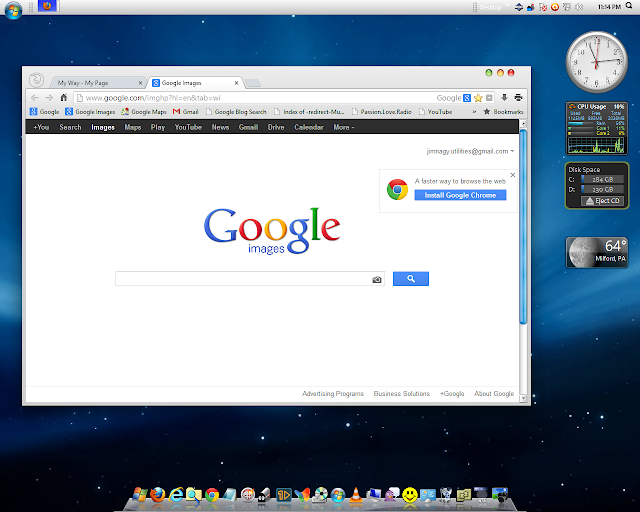 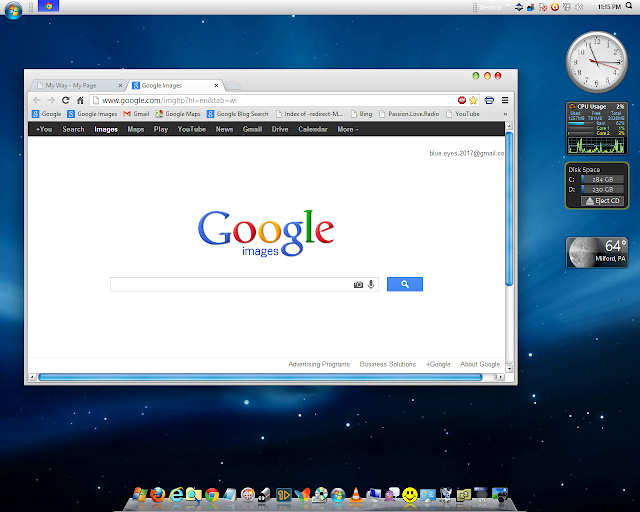 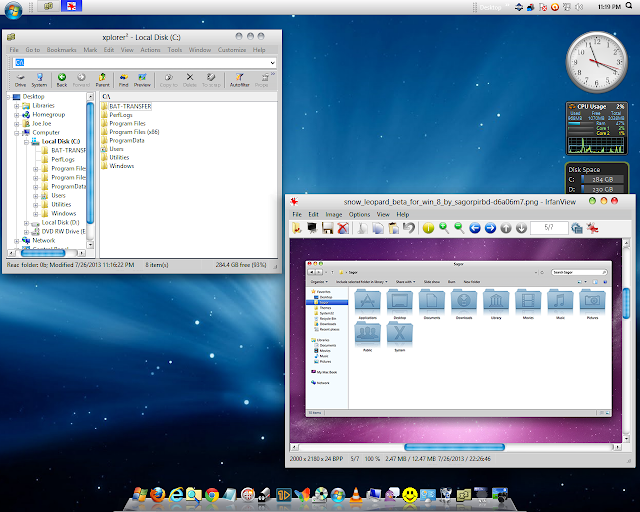 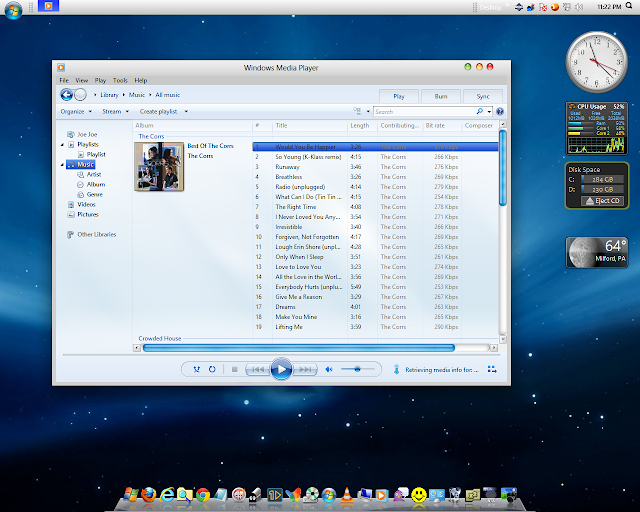 Windows 8 no longer comes with Windows Media Center by default. To get it, you can upgrade to Windows 8 Pro and purchase the Media Center Pack. It’s free until January 31, 2013, but this will soon be even pricier.
If you’re using Windows 8 and don’t want to buy two separate upgrades just to use a program that once came standard with Windows, you can try one of these alternative media center applications for your HTPC.

Modern apps deserve an honorable mention. Apps for Netflix, Hulu, and other media services look awfully similar to media center interfaces. If you want an interface to play back streaming video from your couch, these modern apps may be a convenient alternative to a new media center application.

XBMC is probably the most popular alternative to Windows media Center out there. XBMC stands for Xbox Media Center, as it was originally created for the Xbox. Today, XBMC runs on a variety of operating systems, including Windows, Mac OS X, Linux – even Android and iOS. In addition to interfacing with a TV capture card for live TV and recording, it supports every type of media format you’d want. It can also Netflix, Hulu, YouTube, Pandora, and more via add-ons. We’ve covered installing XBMC add-ons in the past.

Plex, based off XBMC, is another fairly popular media player. It contains two components – the Plex Media Server, which is the backend, and the Plex Media Center, which is the frontend. With Plex, you could make one computer in your house a media server and access it using the Plex Media Center on your home theater PC. You could also use the apps for iOS and Android devices to stream media to all of your devices from the central server.
Unlike XBMC and MediaPortal, Plex doesn’t support watching or recording live TV.
Read more about setting up Plex: How To Stream Video to Both iOS and Android Devices With Plex

MediaPortal was originally a derivative of XBMC, but it’s been completely rewritten. If you’re not happy with XBMC’s interface, you might want to give MediaPortal a try. Like XBMC, it contains the standard PVR features for playing, recording, and pausing live TV, laying DVDs, and watching online video services.

Moovida is the least well known option on this list. The Windows installer is packed with spyware and other junk that you’re opted into by default. If you do try this one, be sure to uncheck it all. We honestly wouldn’t recommend this option – there’s no reason to use spyware-packed installers when there are so many other good options higher on this list. It also doesn’t provide any integrated TV recording, unlike XBMC and MediaPortal.
However, if you’re not happy with the above options, you may want to give Moovida a go. It has two different interfaces – one optimized for file management on a PC and one optimized for finding and playing content on a TV. Moovida bills its TV-optimized interface as a “3D interface,” so it can provide some additional eye candy.

Many of these programs will play DVDs, too. We’ve also covered some other ways to play DVDs on Windows 8. You don’t need the Media Center Pack for that, either.
Which media center solution do you prefer for your home theater PC? Leave a comment and let us know.