Bloggers show how to upgrade Windows 8 previews to RTM

Microsoft said it's not allowed, but an old trick still works, say IT pros 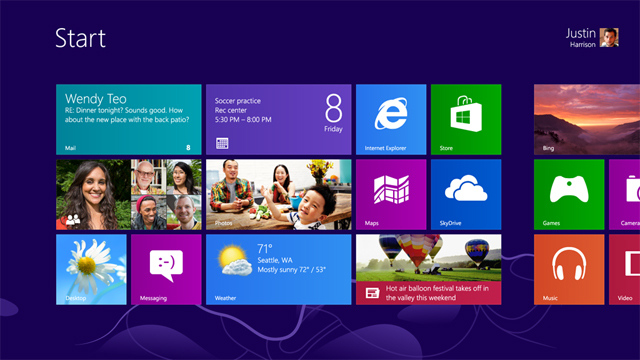 A Windows 7-to-Windows 8 upgrade, on the other hand, preserves virtually everything, from programs and user accounts to Windows' settings and files stored in default locations.
Denny Cherry, a senior database administrator, independent IT consultant and as "Mrdenny," a blogger for the IT Knowledge Exchange, recently posted instructions on how to fool Windows 8 RTM into upgrading the sneak peaks Microsoft offered users earlier this year.
The workaround -- which relies on editing the "cversion.ini" file in a downloaded copy of Windows 8 RTM -- tricks the installer into accepting upgrades from February's Windows 8 Customer Preview and May's Release Preview.
"Cversion.ini tells the installer the minimum build it can overwrite," said Cherry in an interview Tuesday. "By changing the version number there, it's allowed to overwrite the previews."
The cversion.ini file is only used to block previews of the final operating system; changing it does not affect the ability of Windows 8 RTM to upgrade Windows XP, Vista or Windows 7.
Cherry wasn't the only one who remembered that the same trick had worked three years ago when users wanted to upgrade from Windows 7 Release Candidate to the 2009 OS's final code.
Jason Fay gave the same advice as Cherry on his blog, and said he was able to upgrade Windows 8 Release Preview to the RTM bits without problems.
But he did have one caveat. "Keep in mind that this is not supported, and could end up with a catastrophic failure if some bits are not properly upgraded," said Fay. "But 12 hours in, and things seem stable."
Cherry said his upgrades were identical to those promised by Microsoft for Windows 7 users. "It's a traditional upgrade [that retains] all the settings and applications," he said. The only glitch he encountered was with Cisco's VPN Client, which required reinstallation on Windows 8 RTM.

Changing the numbers in one file of the Windows 8 RTM installer lets users upgrade from Windows 8's free previews.
Although Cherry did not test the upgrade trick with a copy of the Windows 8 Enterprise 90-day trial, he expected that would work just as smoothly as to a perpetual license of Windows 8, like those Microsoft released last week to TechNet and MSDN subscribers, and to enterprises with Software Assurance plans in place.
Because the Windows 8 previews will expire on Jan. 15, 2013, users who want the longest free ride can wait out the next five months with Release Preview, then -- assuming the free eval is still available -- upgrade to the trial next January for three more months of use.
Gregg Keizer covers Microsoft, security issues, Apple, Web browsers and general technology breaking news for Computerworld. Follow Gregg on Twitter at

@gkeizer, on Google+ or subscribe to Gregg's RSS feed

How to get the Start Menu back in Win8 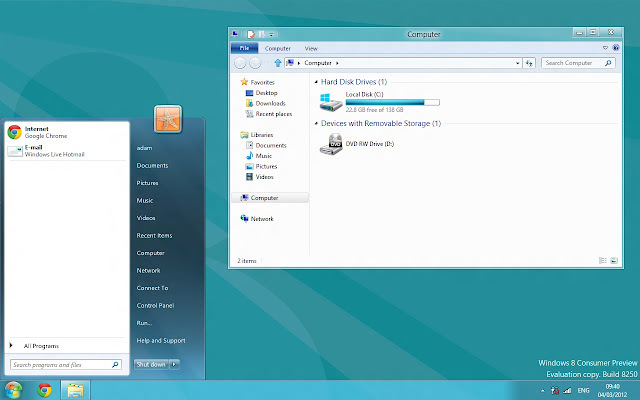 The Windows 8 Dev Build is great, but the Metro UI has more than a few quirks. If you want to run IE 10, and still have a Start Menu, (or be able to find your programs after you install them) then you need to make this small change to the registry.

WIN+R and then type REGEDIT and press enter.
browse to
HKEY_CURRENT_USER\Software\Microsoft\Windows\CurrentVersion\Explorer
select RPEnabled and change the value from 1 to Zero

You can still toggle between the two by using the windows key.

There is also an automated fix to apply. Info about it here:
http://www.youtube.com/watch?v=BWrgOt3MaK8&feature=related

Another free program will add the Win7 Orb as well here:

And you can download the automated fix directly here:
http://browse.deviantart.com/?qh=&section=&q=classic+start+menu#/d4rj3a6

What to expect from the Windows 8 rollout

On the first day of August, Microsoft announced that its final, final version of Windows 8 is ready. (The announcement came just as the this newsletter was about to be sent out.)

Drawing on the announcement and a little bit of history, here's what's likely to happen as Windows 8 makes its way to store shelves. 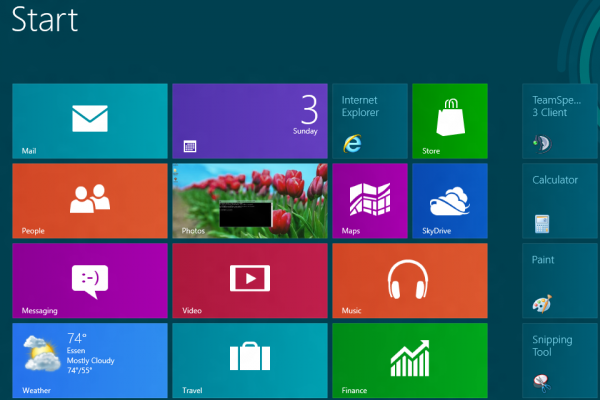