Windows 8 array of features you will drool over

by on 20. Oct, 2011 in Windows® 8 News
Apparently, as we all know, Windows 8 has been introduced by Microsoft as the center platform for the upcoming tablets and PCs. It has even been posing a strict competition to Apple. The all new operating system is simple but perfect and is based on the same principle as well.
The new and upcoming version comprises of various extensive features. There are various latest elements in the OS table which will present a complete makeover of the interface to the users. In the released beta version, you will find numerous features which will make you working easier and more sorted out. 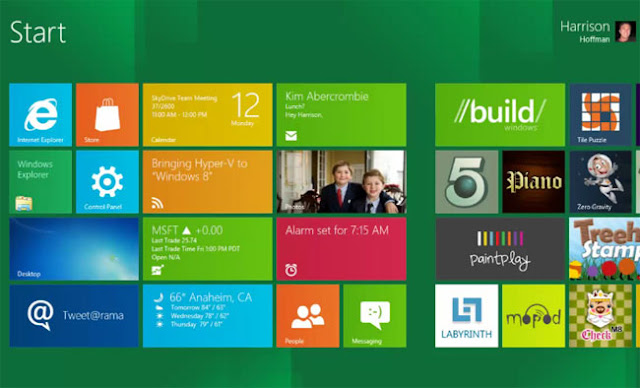 Let’s have a look at the much talked about features:

i. Windows Store: After seeing the popularity of Apple iTunes store and Android marketplace, Microsoft has come up with a concept of Windows store for the users where they can purchase applications, right antivirus and even a movie player.

ii. Support for ARM-processors: ARM, the 32-bit embedded microprocessors are highly compatible and can be easily used on Windows 8 systems. This will help reducing the power consumption. Moreover, even while using laptop and tablet, the battery will be consumed slowly and gradually.

iii. Faster Booting: Microsoft is competing with the feature of faster booting in the Google Chrome laptop. Thus, by optimizing the OS to start quickly, Microsoft has incorporated the similar feature. The booting time will however depend upon the kind of machine you have.

iv. Metro Interface: One of the most exciting and the most talked about features of Windows 8 is the all new Metro User Interface. It is designed to provide you an ultimate and smooth browsing experience.

v. Multiple Screen Wallpaper: While using Windows 8, you can have the wallpapers displayed over various displays. The same principles have been around since the days of dual screening and with this it will again be back to action.

vii. Less usage of CPU and RAM: The developers say that Windows 8 will use lesser space in CPU as well as RAM unlike its predecessors, Windows 7 and Windows Vista.
With such a long list of innovative features, Windows 8 is a must have for all of you people.

And one of the most appreciated features
Windows Restore:

We all know about "Windows rot," where the operating system slowly degenerates to a slow, sluggish state after numerous installs, uninstalls, and other things that a system accumulates over time.

Those of us who perform good housekeeping practices on our computers keep our Windows installs running better, longer, but that's not the case for everyone. The action of a fresh format and/or reinstall can make things feel new again, even on old hardware. And now it seems that Microsoft could be building a reinstall feature into Windows 8.

As seen in some of the leaked presentation slides, Microsoft could have a recovery option to "reset Windows" while retaining all personal files and user accounts. One of the presentation images shows the option of reinstalling all of the app purchases from the Microsoft App Store. Interesting stuff.